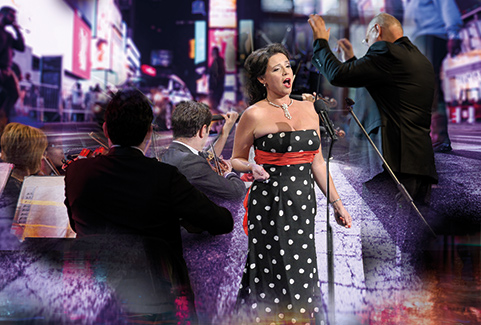 The 8th “Jurmala Festival” – the grandest musical event of the summer – takes place in Dzintari Concert Hall from 17 to 24 July with six wonderful concerts.

On 23 July, outstanding British theatre stars and world-renowned singing actors will perform a golden selection of Broadway musicals at the festival. They have performed at the Royal Albert Hall, the Barbican, Glastonbury, and the West End Theatre, which, along with Broadway in New York, is the world’s highest-ranking musical theatre. The musical originated in England and became a world-wide popular genre, where intense and touching stories intertwine with breathtaking dances and emotionally powerful music. The audience will be offered a panoramic programme with masterpieces from musicals and compositions by composers of American musical theatre. Those pieces will most likely be a discovery for the Latvian audience.